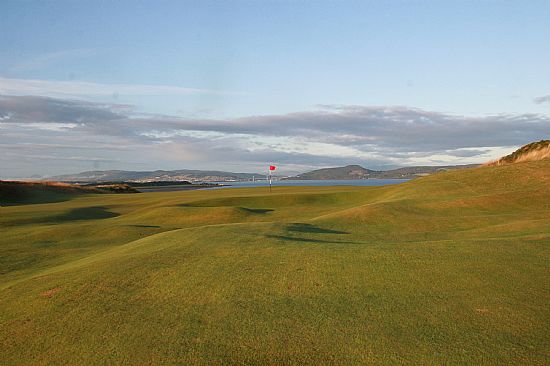 Golfers are spoilt for choice in the Highlands and Dolphin View Cottage is ideally located between Castle Stuart and the two spectacular courses in Nairn.  With direct flights from many airports you can soon be on a golf course.

The gorgeous Castle Stuart links venue only opened its doors a couple of years ago and has already been hailed as a masterpiece by the golfing experts and is within 3 miles of Dolphin View Cottage! http://castlestuartgolf.com

Not far from Castle Stuart, the seaside town of Nairn boasts two superb links courses, both of them boasting championship status. Nairn Golf Club- established in 1887 is a classic out-and-back links affair, while Nairn Dunbar (1889) is another coastal gem. http://nairngolfclub.co.uk http://nairndunbar.com  It's a special year for Nairn Golf Club.  Not only is it celebrating its 125th anniversary, but also it also hosted the prestigious Curtis Cup in June 2012. When the event tee-ed off in June  Nairn Golf club became only the 10th club in the world to host both the Curtis Cup and the men's equivalent - the Walker Cup

The Fortrose & Rosemarkie course over on the Black Isle was created by the legendary James Braid (of Gleneagles and Carnoustie fame) and lies within the narrow Chanonry Peninsula, a prime spot for dolphin watching. Dogs on leads are allowed to accompany players

You can do a tour of Braid’s courses in the Highlands. Boat of Garten is a breathtaking course in the heart of Cairngorms National Park and has been dubbed ‘the Gleneagles of the north’.

Golspie enjoys stunning views over the Dornoch Firth, while Brora is Braid’s most northerly creation and is indeed the headquarters of the James Braid Golfing Society.

‘Old’ Tom Morris is another illustrious course designer who left his mark on the Highlands. Strathpeffer Spa was laid out by Morris and has been described as ‘a jewel in the Highlands’ by the BBC’s Peter Alliss.

Royal Dornoch is as spellbinding a links layout as you’ll find in Scotland. Five-time Open champion Tom Watson is a huge fan of a course that was ranked fourth by Golf Digest UK & Ireland 2011. Dogs allowed on leads.

Golf courses that allow dogs on leads whilst owners play.