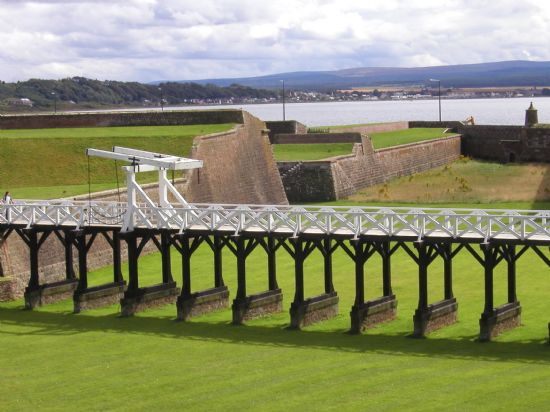 Take a walk along the well-surfaced shore path from Dolphin View Cottage to Fort George.  It was completed in 1769 after the 1746 defeat at Culloden of Bonnie Prince Charles.  King George II had the fort built as the ultimate defense against a further Jacobite rebellion and as a secure base for his army.  It is a magnificent building designed by Lieutenant-General William Skinner and built by the Adam family of architects, it took 22 years to build.

You can walk around the main rampart which is more than 1km in length and gives magnificent views over the Black Isle, up the Moray Firth towards Inverness, Ardersier, and out to sea.  The ramparts enclose an area the size of five football pitches.

Don’t miss the dogs’ cemetery, where regimental mascots and officers' dogs are buried.

From the ramparts you can often see dolphins, seals, gannets, and other seabirds.

Fort George is still an active Army base and is currently home to  Black Watch (3 SCOTS) regiment.  It has served the British Army for nearly 250 years

Nearby Inverness will sometimes hold homecoming parades.  I was lucky enough to see and record this one a few years ago.