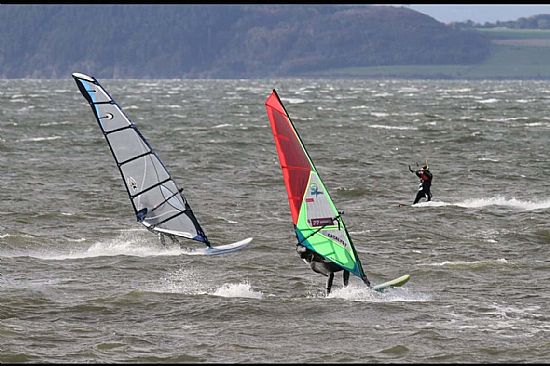 Although the Moray Firth has a deep water channel in the middle used by shipping heading towards Inverness Harbour and the Caledonian Canal, the bay between Ardersier and Fort George is a gently shelving shallow bay that is ideal for watersports.  Opposite Dolphin View Cottage there is a set of concrete steps down to the shore, and there is a useful concrete slipway by the Beechgrove Community garden with an adjacent free car park.  You will quite often see windsurfers, kayakers, paddle boarders, wild  swimmers, and kitesurfers using these facilities.

Paddling off through Ardersier bay towards Fort George

Ardersier Boat Club - http://www.ardersierboatclub.co.uk built a "St Ayles" community boat so that Ardersier can join the other villages in the Scottish Coastal Rowing project.  Their facebook page has great photos of each stage of the boat building and information about the boat club. 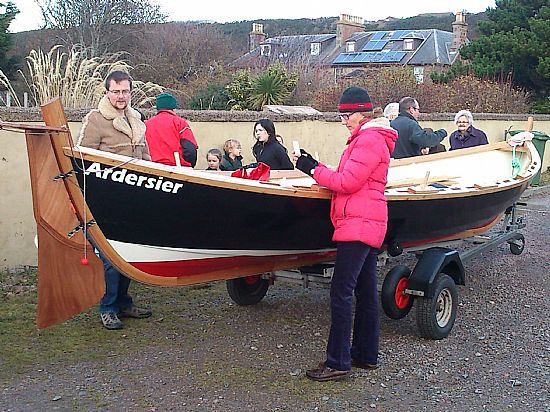