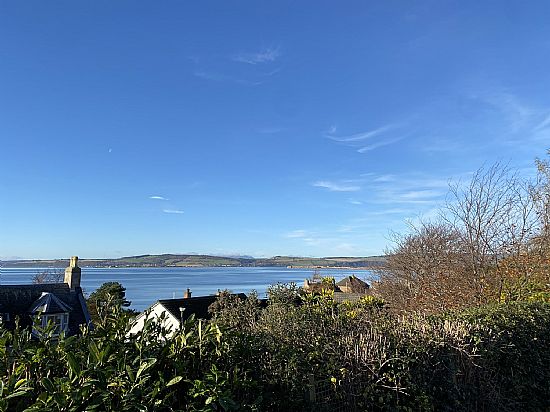 The shore walk at low tide from Ardersier takes you towards the very impressive collections of buildings that make up Fort George. Built following the 1746 defeat at Culloden of Bonnie Prince Charlie, George II created the ultimate defence against further Jacobite unrest. The result, Fort George.http://www.historic-scotland.gov.uk

Ardersier and The Moray Firth

(Scottish Gaelic Àird nan Saor)  was originally a small fishing village on the Moray Firth to the east of Inverness.  The Gaelic name Àird nan Saor translates into “headland of the joiners” and is believed to refer to the local legend that the carpenters working on the construction of ecclesiatical buildings along the firth lived here.

Before Fort George was built in the aftermath of Culloden, a small fishing hamlet called Blacktown existed in the area of Fort George, its economy based around several small open fishing boats. Its relocation eventually led to the creation of the village of Ardersier.

Nowadays the village has two local village shops with off-license open 7 days a week, Post Office, Pharmacy, a Doctors’ surgery, and organic food outlets,  The Gun Lodge hotel and the Star Inn are two licensed premises in Ardersier that serve excellent food, there is also the PACE cafe and a cake/coffee shop.  In Inverness larger supermarkets – Asda, Tesco's Morrisons are available. Sainsbury's and the Co-op can be found in the nearby town of Nairn.  Also in Ardersier is the Connage cheesemaker and shop. you can watch cheese being made whilst buying at the source.

Due to its gentle shelving nature, Ardersier Bay is popular with kayakers, kitesurfers, and canoeists.  There is a small concrete slipway just off the carpark at the Beechgrove pocket garden.

With lots of things to do and see at all times of the year: - miles of quiet beaches, clean air and stunning scenery, the Moray Firth is naturally very popular with visitors who come to visit the famous Malt Whisky Trail, the Castle Trail, the Moray Firth Dolphins, the Speyside Way, the Coastal Trail, Loch Ness, Findhorn Foundation, see the autumn colours in Glen Affric or ski-ing at Aviemore and Lecht. - You can see why people return to the area again and again.

For Golfers there is so much choice, the nearest golf course is Castle Stuart Golf Links only 3  miles away. Duff House Royal championship course, Lossiemouth, Nairn, Cullen, Inverness, Cawdor, Strathlene, and Buckpool courses are all within easy driving distance of Ardersier.  To the north, the courses of Ross-shire and Royal Dornoch may tempt you.

For things to do and see while you're here, click here for links to Fort George the Historic Scotland garrison built after Culloden. Cawdor Castle A magical name, romantically linked by Shakespeare with Macbeth. A superb fairy-tale Castle.

Ideally located to tour the Highlands, you can explore myriad mountains and miles of exciting coastline, lochs, including the famous Loch Ness - try to spot the Loch Ness Monster, Nessie. Visit the stunning Caledonian pine forests where you may see squirrels, Scottish Crossbills, Crested Tits, Ospreys, and Red Kites.